A Quest for the Jewish Jesus – Roni Mechanic

“A Quest for the Jewish Jesus. Who do you say that I am?” is not only of academic interest, but it is a vital pursuit by all who desire to discover not only the Jesus of history, but also the Jesus of faith. According to his humanity, he was a firstcentury Jewish person, who was declared to be both Messiah and Lord. While many of his fellow Jews disputed that, countless Gentiles and many Jews believed in Him.

This book promises to uncover some of the false notions of who He is, and also attempts to show that He is indeed the Jewish Messiah and Saviour of the World. 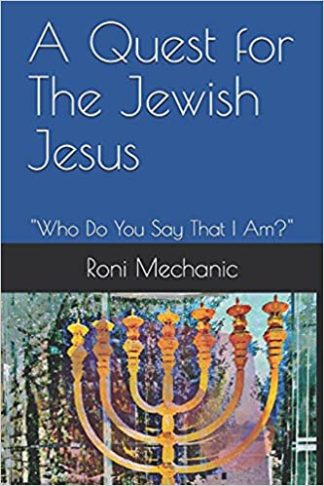