Eye to eye – Facing the consequences of dividing Israel

“And it shall come to pass in that day, that I will seek to destroy all the nations that come against Jerusalem.” Zechariah 12:9

The costliest insurance events, the costliest hurricanes, the largest tornado outbreaks, the famous “Perfect Storm,” the 9/11 terror events, and Hurricane Katrina corresponded to White House pressure on Israel to divide their land.

The US, the UN, and the EU do not have the authority to divide God’s covenant land.

The biblical heartland of Israel—Judea, Samaria, and East Jerusalem—is not to be part of an Arab State.

The Bible declares that Jerusalem will become a burdensome stone, and efforts to divide the city and land will lead to Armageddon, the final battle for Jerusalem.

The God of Israel will continue to rebuke those leaders and their nations attempting to divide His land!

Chapter 1: Historical Basis for Israel’s Right to Its Land

Chapter 2: The Error of Replacement Theology

William Koenig has been a White House correspondent for 16 years. He is the president of Koenig—World Watch Daily (www.watch.org). He publishes weekly, “Koenig’s Eye View from the White House.” William and his wife Claudia have traveled to 35 states and 10 countries speaking on the biblical significance of these days. They reside in the Washington, D.C. area. 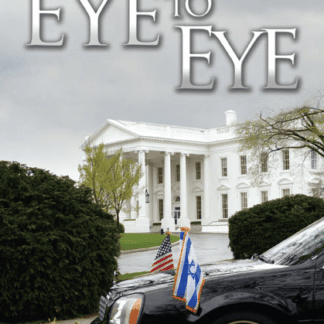