Jewish Christians in the Netherlands during the Holocaust – Kelvin Crombie

At least 140.000 Jewish people lived in the Netherlands at the time of the Nazi-German invasion on 10 May 1940. By 1945 up to 104.000 of those people had been murdered in the Holocaust. While most of these were Dutch nationals, there were also many foreign Jews as well. Included in this overall number were many Jewish Christians who were associated with most of the denominations in the Netherlands. This book looks at the impact the Nazi anti-Jewish legislation had upon the Jewish people in the Netherlands, through the seven phases which led to the ultimate ‘final solution to the Jewish problem’. The narrative follows the life of one Jewish Protestant, Johannes Rottenberg (who died at Mauthausen), in particular, but also the lives of other representative Jewish Protestants including Ernst Cassutto (who survived): as well as representative Jewish Catholics, including Edith Stein and the Lob family (most of whom died at Auschwitz). While not presuming to cover all aspects of the subject matter, this book does attempt to highlight that Jewish followers of Jesus also suffered and died – as Jews – during the Holocaust. 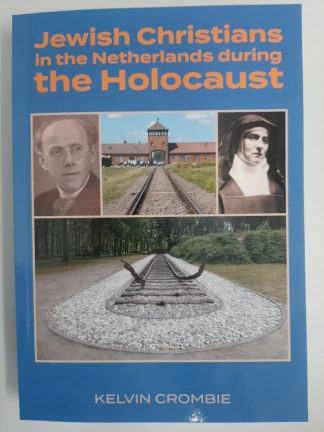